"...For water is dry, black is white, skyscrapers fall down for the wrong reasons, the sun revolves around our world formed only six thousand years ago and our stupidity is not burning it up..."

Apology to my grand children 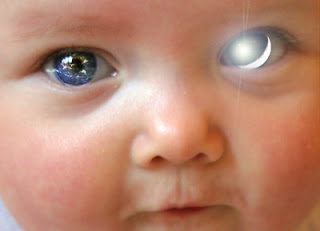 "To you, Gavin, and my still-unborn grandchild, I am sorry that I have failed you.

I have failed you for not, as the wise philosopher once advised, leaving the world a better place than I had found it. When I was younger, stronger and more idealistic, it seemed so much easier to pull off.

Because surely one person can make a difference. Look at George Walker Bush, a man installed rather than elected into the White House. Never mind that three quarters of us did not want him or that he got less votes than the other guy. That is just the way it is, children, and this is the world that I have bequeathed to you.

You were and will be brought into the world into a country that does not care if democracy becomes fascism, cannot rouse itself to action if our government is stolen or even actually support the suspension of constitutional rights given to us by infinitely wiser men than we have today, rights that millions have died protecting so we can shelve them like unwanted Christmas gifts.

Forgive me for not jumping into the breach sooner, an abyss created by the holes burned out of the Constitution by four jetliners, white phosphorous, bombs and mortars and the flame of religious and political bigotry.

Less and less makes sense in this world I hand to you like a worn-out heirloom. We have helped fashion a world in which water is dry, black is white, skyscrapers fall down for the wrong reasons, the sun revolves around our world formed only six thousand years ago and gravity doesn’t exist.

This is your world and you must atone for our sins.

And as you sit on my knee with a room-brightening smile on your unblemished face, you are trusting that I am easing you into a world where all faces will always smile at you and voices will always be soothing and everything is soft. And it breaks my heart that I have to disappoint you.

Because, you see, this is a world in which humans kill each other over differences in politics and religion, wars that get babies like you killed without much if any apology.

This is the ugliest of realities, my darling grandchildren, offered in the most perishable of mediums. But for now, I can continue smiling and dandling you on my knee, pretending that all is well and good in the wonderful expanding world. But, God help me, I cannot maintain it for much longer.

For water is dry, black is white, skyscrapers fall down for the wrong reasons, the sun revolves around our world formed only six thousand years ago and our stupidity is not burning it up."
Posted by Alain Zola at 10:54